It has become the custom to celebrate Chanukah annually by holding a candle lighting ceremony in the Atrium of the City Hall of The Hague since 1995. The event is scheduled to take place on Tuesday 20th of December at 19.00 hours.

Chanukah commemorates the second century BCE victory of a small band of faithful but poorly armed Jews, led by Judah the Maccabee, who defeated one of the mightiest armies on earth, drove the Greeks from the land, reclaimed the Holy Temple in Jerusalem and rededicated it to the service of G‑d. To kindle the Temple’s Menorah (the seven-branched candelabrum), they found only a single cruse of olive oil. Miraculously the one-day supply of oil lasted for eight days, until new oil could be prepared under conditions of ritual purity.

The larger than life candelabrum will be displayed in the Atrium from the 19th of December to the 26th of December. On Tuesday the 20th the largest Chanukah celebration in the area will take place at 19.00 hours. The program features music, traditional holiday refreshments and non-sectarian greetings.

For more information, go to www.chajdenhaag.nl/chanoeka. 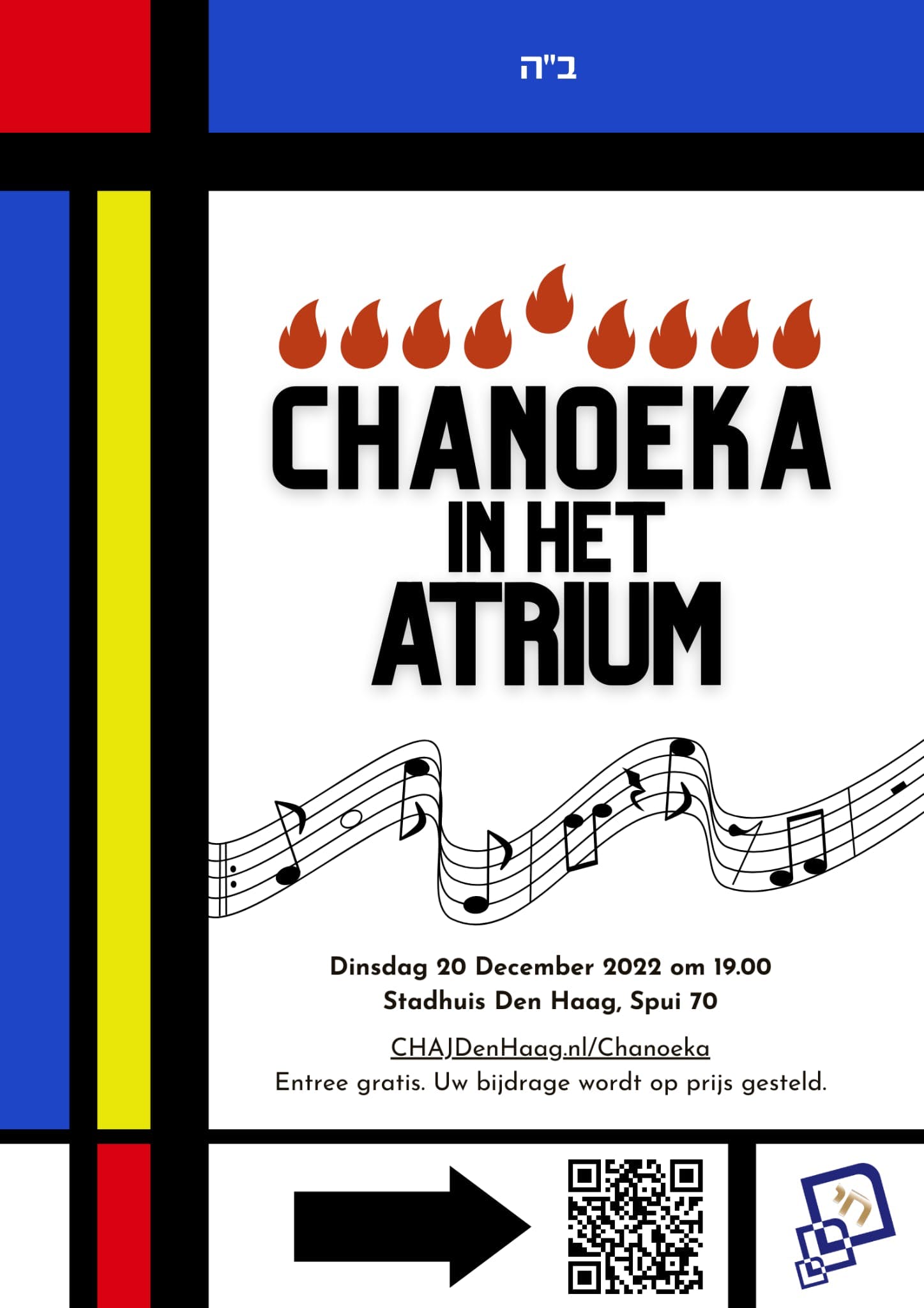