Association for the improvement of housing of the working class
From 1850 onwards, industry in The Hague flourished and the demand for workers grew. A housing shortage develops, and working-class families are housed in tiny workers’ houses, in slums and narrow alleys.  The health of the workers suffers from lack of light and fresh air.

The Housing Act: the turning point
The realization that social housing could not be left to the market also penetrated the national government. The liberal Pierson cabinet introduced the Housing Act in 1901. This was a turning point, because before that the government only interfered in large infrastructural construction projects.

The housing corporations
In the 20th century, housing services developed into influential municipal departments. A large part of the municipal budget was spent on social housing built by various housing associations and corporations. The quality of housing was controlled and guaranteed.

The crisis years
After World War I (1914-1918), construction costs fell, and the economy picked up sharply. There was pent-up demand after the uncertain war years. Under the Housing Act, the government encouraged new construction and rehabilitation of slums, but especially in the crisis years with a limited budget.

The occupation
The Hague suffered greatly from German measures during the occupation. In The Hague, more than 135,000 people were evicted from their homes and 2,400 buildings were demolished to turn the city into a fortress. Of The Hague’s total housing stock, 6 percent was lost.

Reconstruction
After the liberation on May 10, 1945, The Hague was a city of rubble. The ravages of war led to a great shortage of housing. There was a shortage of all the materials needed to build homes: building materials, energy, and skilled labor.

Postwar housing shortage
The Municipal Housing Office tried to regulate the number of residents with a permit system. To determine the degree of “urgency,” it looked at the number of people per square foot and housing area. 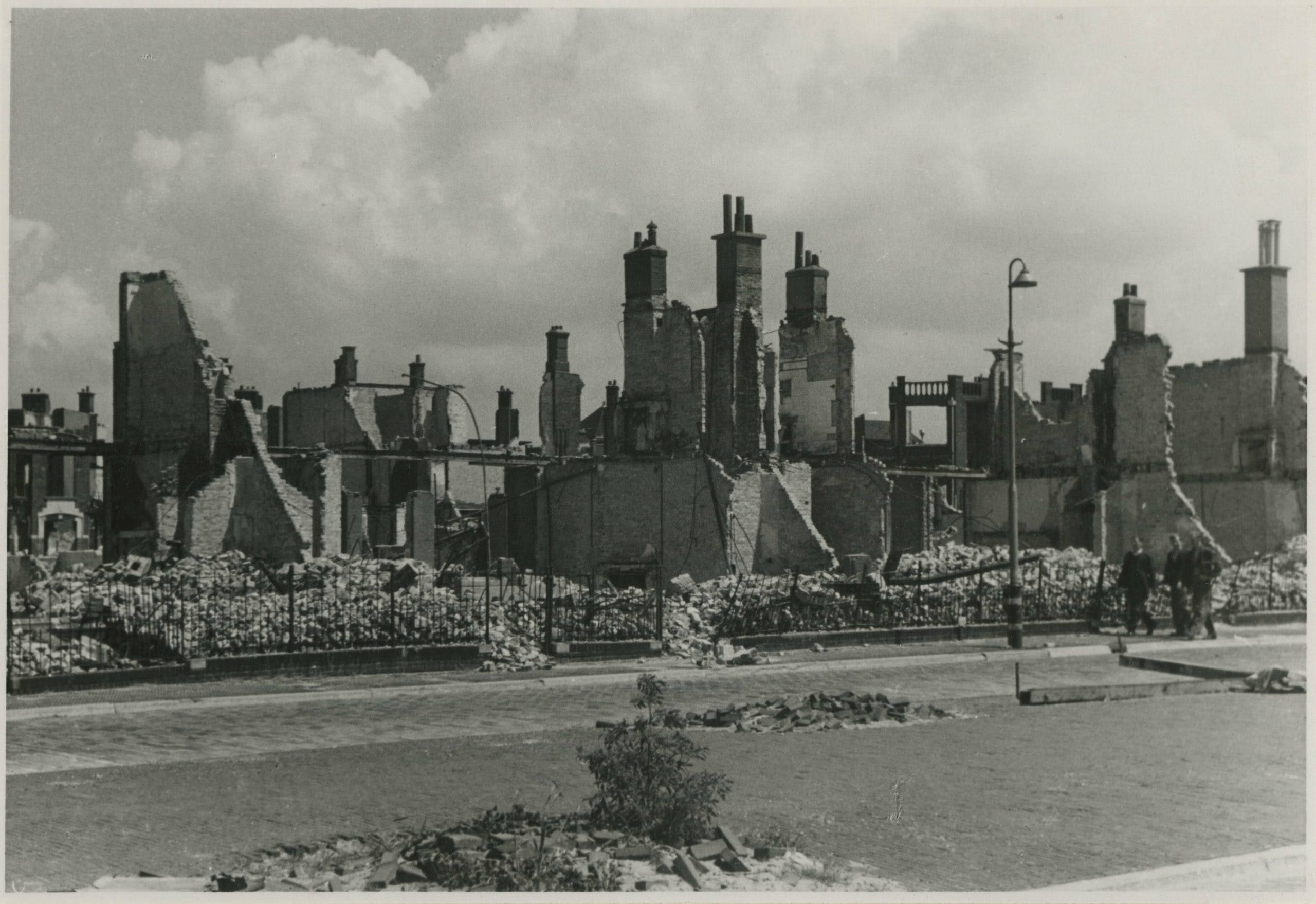 No housing, no coronation
In the 1960s and 1970s, calls for a fair distribution of wealth, income and property became louder and louder. In big cities, landlords were able to crawl through the loopholes. This led to the rise of the squatting movement. In the 1970s, squatters received legal protection because of court rulings.

City in transition
A Hague resident from the 1950s will still recognize the city in 2022 with difficulty. The dunes, the North Sea and the Binnenhof are still there, but the city has changed greatly in those seventy years. Converting real estate can offer a solution. Meanwhile, many properties have been turned into residential buildings.

For more information, go to www.haagsgemeentearchief.nl.