Until October 29, The Hague Municipal Archives, in cooperation with the Mauritshuis, will present the impressive exhibition 200 years of the Mauritshuis in the Poster Wall in the Atrium.

In 2022, the Mauritshuis will celebrate its 200th anniversary. Because it is the Mauritshuis’ birthday, the front of the museum will be surrounded by a sea of flowers all year round. To mark this special anniversary, several equally special moments have been planned. One of these is this wonderful exhibition that will take you on a journey through 200 years of Mauritshuis history. All activities about 200 Years Mauritshuis can be seen via www.mauritshuis.nl.

The Mauritshuis, a House Full of Stories!
The Bonbonnière. The Jewellery Box. The Sugar Palace. Three nicknames for a museum that has existed for no less than 200 years: since 1822. A museum whose collection has continued to grow ever since; the best paintings from the 16th, 17th and 18th centuries were hung there. A collection that has been admired by everyone, even to this day. Who hasn’t visited this city palace in The Hague?

The Sugar Palace
The Mauritshuis stands in one of the oldest places in the center of The Hague, on the Hofvijver, right next to the Binnenhof, the center of Dutch politics. Once built as a residence, it became a guesthouse, a library and, in 1822, a museum.

The Mauritshuis was built in 1644 for Johan Maurits van Nassau-Siegen. During the building work, Johan Maurice was given a new job: as governor of Dutch Brazil, he became the colony’s highest official. Johan Maurits earned his money not only as governor, but also by trading in people: enslaved Africans who had to work on the sugar plantations. He used this money to build the Mauritshuis, among other things. That is why it is also called the Sugar Palace – and that is not intended as a compliment.

Mauritshuis becomes a museum
On January 5, 1822, King Willem I opened the Mauritshuis as a museum and named it the Royal Cabinet of Paintings. Willem I inherited the paintings that were to hang there from his father, Stadholder Willem V.

If you visited the museum in 1822, you were expected to be “well dressed”. The Staatscourant of Thursday January 3, 1822 states: ‘The Royal Cabinet of Paintings in The Hague will from now on be open for inspection on Wednesdays and Saturdays. . . . will be open for inspection by anyone who is properly dressed and has no children with them’. 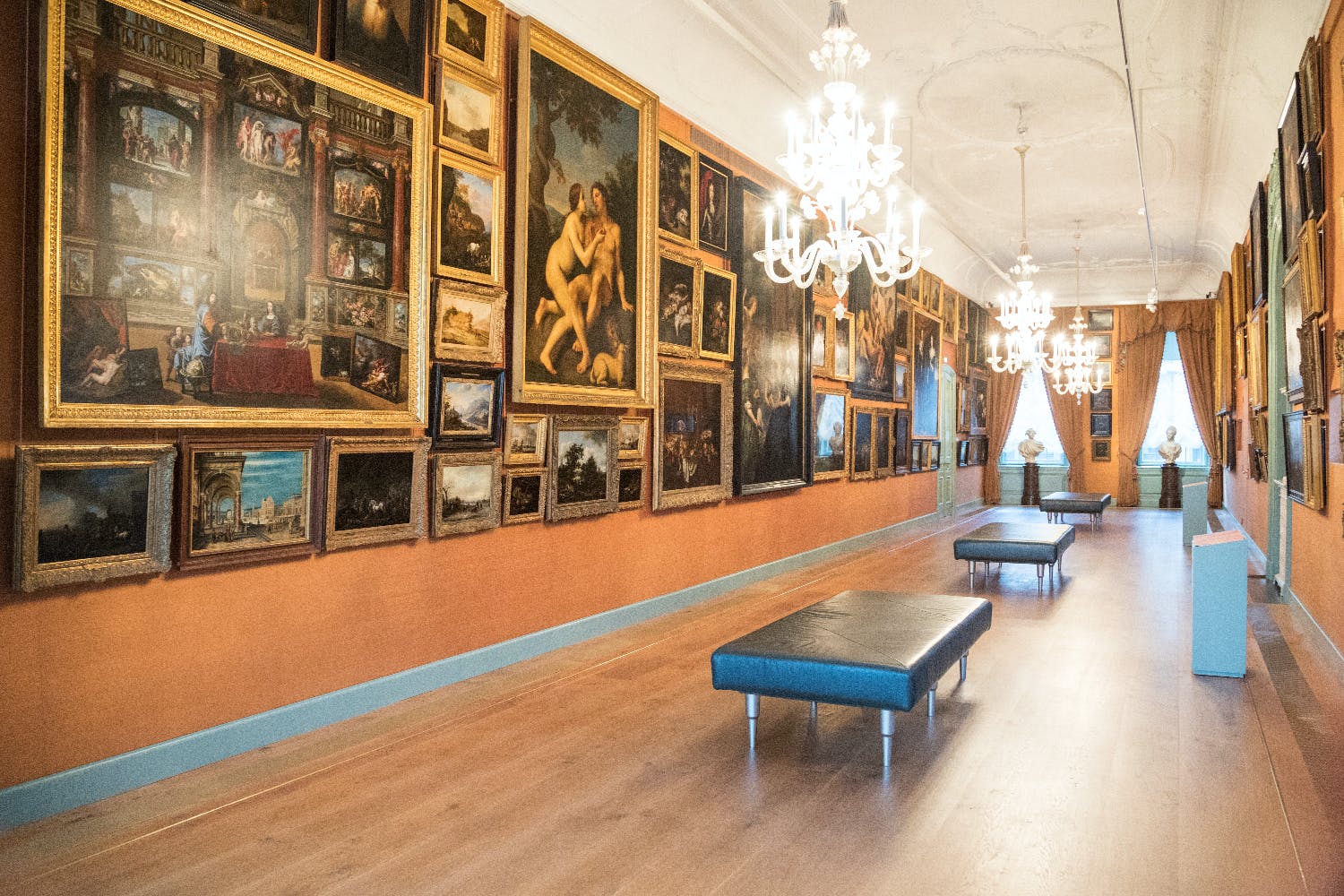 Gallery of curiosities
Initially, the Royal Cabinet of Paintings was housed on the top floor of the Mauritshuis. There it is packed with paintings, from ceiling to floor. On the ground floor, visitors see the historical objects of the Royal Cabinet of Rare Objects. Here you can see stones, skeletons, shells and other objects – even an Inuit in a kayak! There has been some criticism of this messy mishmash of items. In 1875, the cabinet of curiosities was moved, freeing the entire building for paintings. But it remained full – very different from today!

Famous Paintings
The Mauritshuis is a museum full of masterpieces by famous Dutch painters from the 17th century. The paintings are not only beautiful or very well painted, you can also see how the Dutch used to live.

Their most famous painting has long been The Bull by Paulus Potter. People come to the Mauritshuis from far and wide especially for this enormous canvas. They admire the realism with which Potter painted the bull. Did you know that Potter lived on the Bierkade in The Hague? With a few steps, he was in the meadow where his models grazed. Some older Dutch people recognise the farmer in the painting as Teun from the reading board.

Now their most famous painting is the Girl with the pearl earring from Dutch Master Johannes Vermeer. It is the only work of art that we address as a person in the museum. All the people who work at the Mauritshuis always speak of ‘her’ or ‘she’.

For more information, go to www.mauritshuis.nl.