From June 7 to August 27, the Hague Municipal Archives, in collaboration with the Sarnámi House in The Hague, will present the impressive exhibition The Calcutta Letters. The opening will be done by Alderman of Mobility and Culture, Robert van Asten and Chairman of the Sarnámi House Amar Soekhlal.

The colonial archives of Suriname contain valuable records.  These records provide a fascinating insight into the lives of Hindus from India, who were brought to Suriname after the abolition of slavery. They worked on the Dutch plantations on the basis of forced contracts.
Descendants of these Hindostans, united in the Netherlands in the Sarnámi House in The Hague, have made efforts to open up a new source of information: the Calcutta Letters.
Get to know an unknown part of the colonial history of the Netherlands and Suriname.

Hindostans
Surinamese Hindostans are descendants of people from India who were brought to the colony during the Dutch colonial administration in Suriname. They had to replace enslaved Africans on the plantations. The first ship arrived on June 5, 1873. 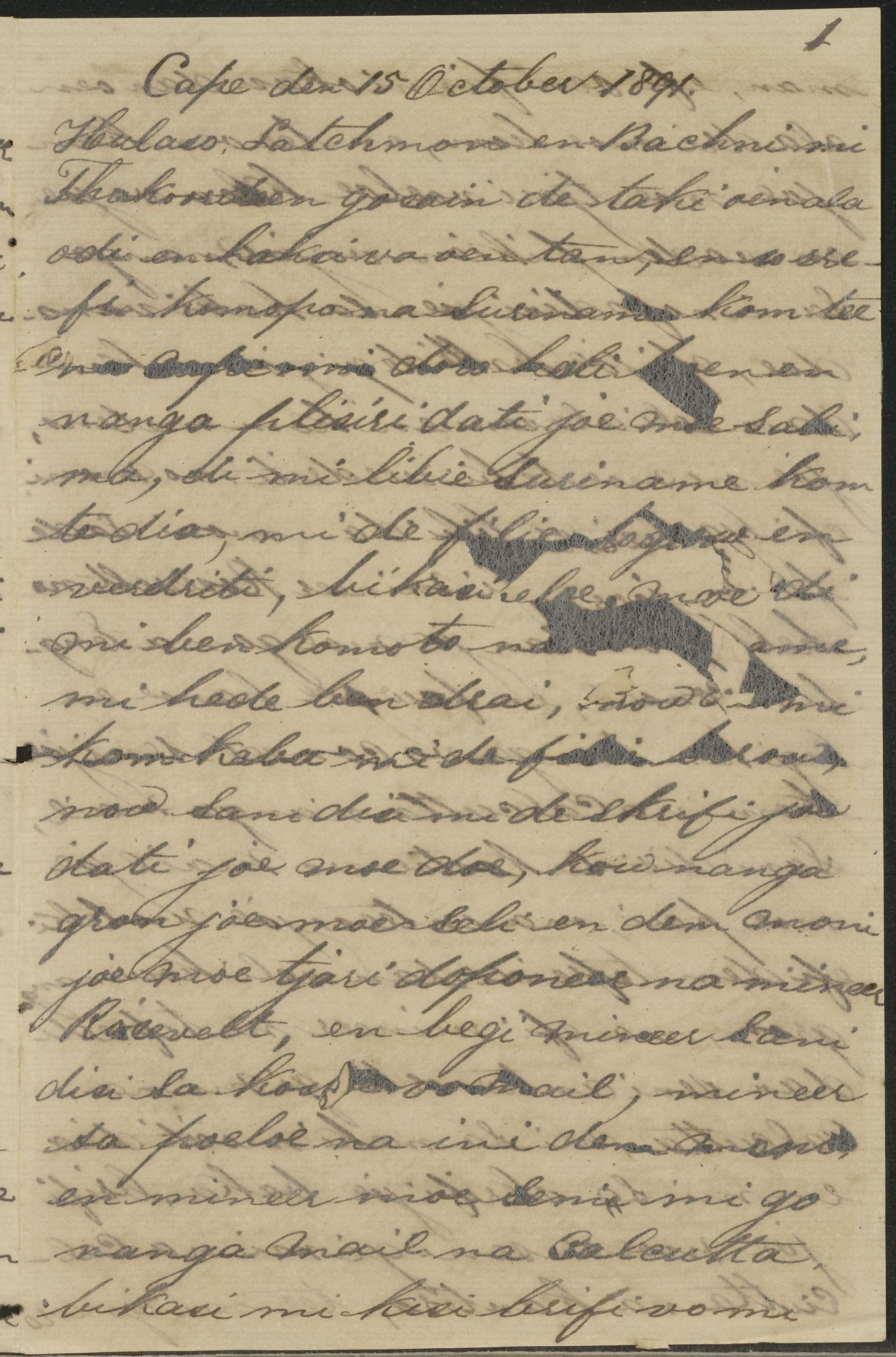 Correspondence topics Calcutta Letters
The correspondence between officials about Hindostans is mainly about reports about the ups and downs of Hindostans: money transfers, divorce issues, matrimonial matters, assistance in finding relatives in Suriname and India, handling inheritance business transactions etc. Correspondence the other way around, between Hindostans and civil servants, is more personal because the Hindostan himself is speaking and the above subjects are dealt with from his or her perspective.