Despite all the problems, the cheerful celebration of the National Chinese New Year will be organized again as before in the Atrium of the City Hall in The Hague on 21 January 2023. All activities are free of access.

For the past two years, the celebration could not take place due to the Corona crisis. The New Year’s wish of the Mayor Jan van Zanen in 2021, that this beautiful cultural event would take place again in the City Hall after the Corona crisis is hereby fulfilled. Due to the short time frame, the Corona traveling restrictions and the many geo-economic vicissitudes, it was uncertain whether it would be to continue. Against all expectations, all stakeholders fortunately decided to organize this international event again in the City-Hall of The Hague.

The Chinese New Year celebration in The Hague is a special event. It distinguishes itself from the New Year’s celebrations in the other major cities due to its size, the program, and unique collaboration with the municipality of The Hague. It is characteristic that young and old, both internationally and nationally, including the residents of The Hague, actively participate. It provides The Hague with a unique platform in the Netherlands, in which mutual culture, knowledge exchange and common values ​​are the central focus. 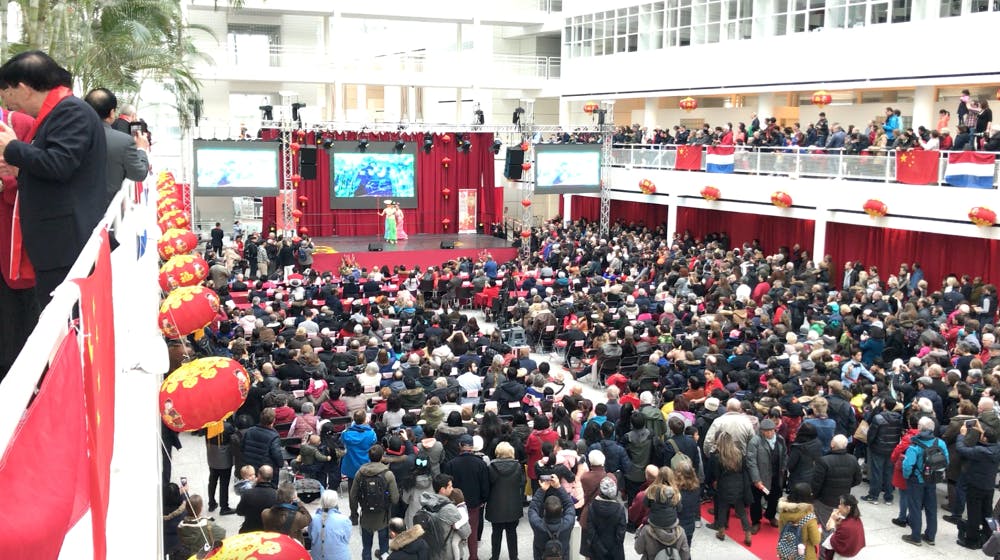 2023: Year of the Rabbit
The year of 2023 is the Year of The Rabbit. The overall organization on the Chinese side is in the hands of the Foundation for Chinese Cultural Events Netherlands (CCEN) and the annually elected committee of the Year of the Rabbit.
The year 2023 is all about the Rabbit. The Rabbit is the fourth animal in the twelve yearly cycle of the Chinese zodiac. Striving for a safe and social existence is extremely important to the Rabbit. Due to its calm and friendly habits, the rabbit gets along very well with everybody. Those who fall under this sign are eloquent and have a charm and lifestyle of their own. The word ‘no’ is rarely encountered, and the door will always stay open. The Rabbit is a real peacemaker and very social. It prefers to avoid conflicts and will be the one that can be used as an intermediary. The Rabbit weighs all the pros and cons and remains impartial in all respects. People and situations are properly assessed with intuition. The Rabbit’s attachment to certainty can make it challenging to deal with change. Make sure that important decisions are not postponed for too long. The Rabbit has a good eye for details and can hold excellent positions in finance and real estate, however the Rabbit also fits well in retail due to its sense of style and harmony.

Organisations National Chinese New Year Celebration 2023
The Netherlands China Association (VNC) coordinates and assists the CCEN on behalf of the municipality of The Hague with application procedures, activities, and communication. The VNC is an independent and non-subsidized Dutch organization which exists over 45 years and is one of the largest organizations in the Netherlands in this context. The VNC publishes the periodic cultural magazine ChinaNu. 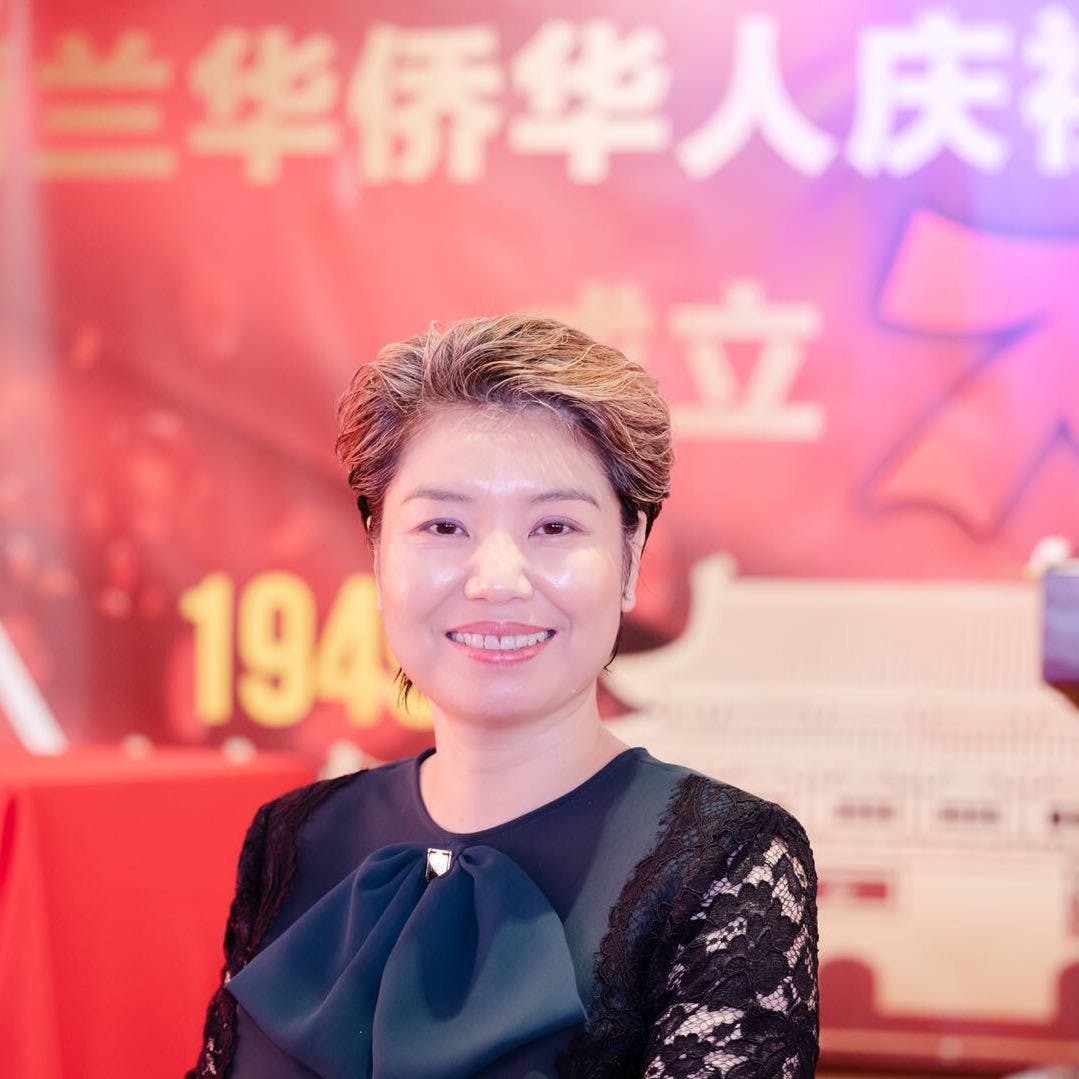 Ms. Sujie Chi is an experienced entrepreneur. After finishing her study at the university, she came to the Netherlands. She and her husband have lived in The Netherlands for almost 30 years. Sujie Chi has been officially elected as the chairman of the committee for the 2023 National Chinese New Year Celebration. In addition to her entrepreneurship, she is also active as the chairman of the Wenzhou Overseas Association Foundation, which works for compatriots from this region. The Foundation supports major events and has also sponsored the Winter Olympic Games. 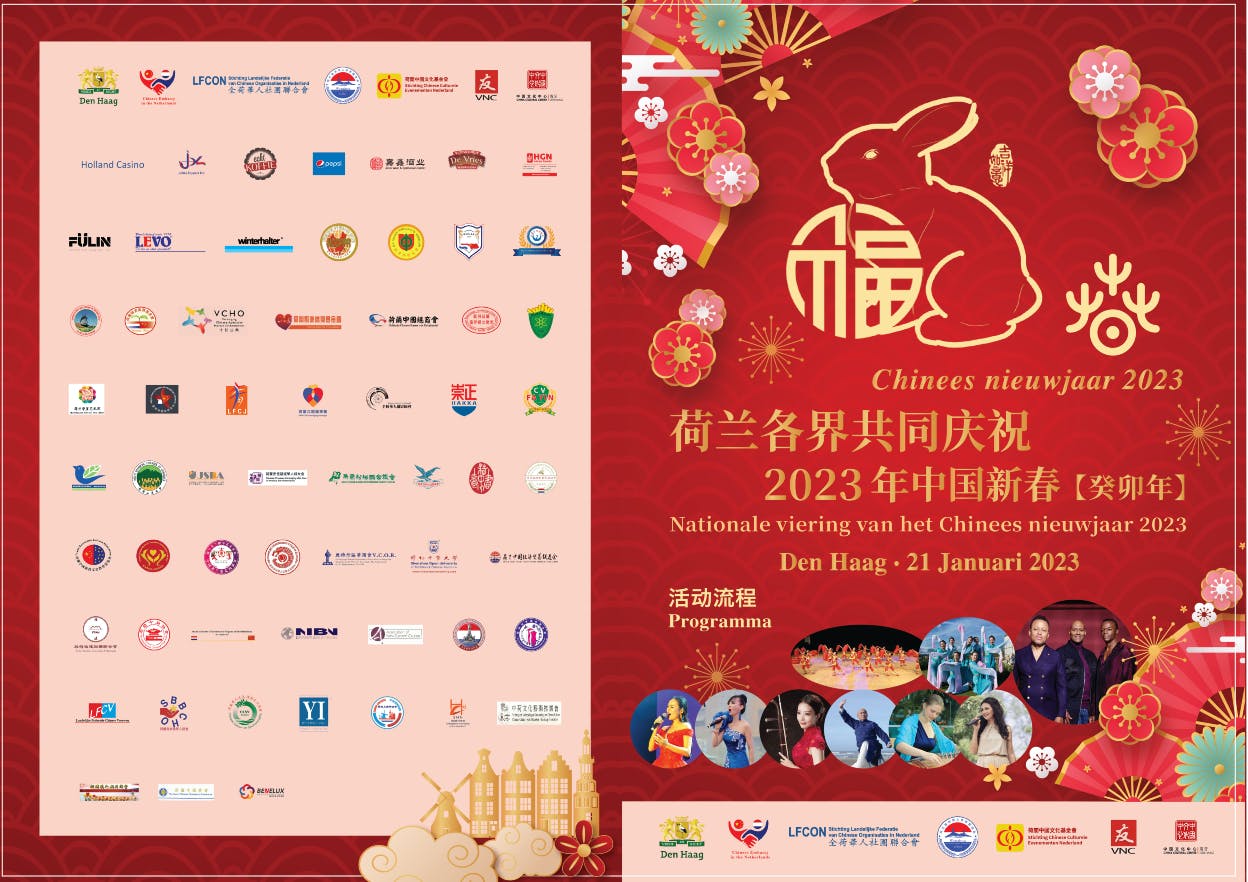 Program
Sujie Chi introduced her committee in the City hall of The Hague and discussed the plans for the festivities. Without doubt it is going to be another great program again with wonderful performances of Dutch and Chinese top artists and cultural groups. The Chinese New Year celebration in The Hague has become an important international celebration where family and friends gather to ring in the New Year. A wonderful celebration for everyone, said Sujie Chi. 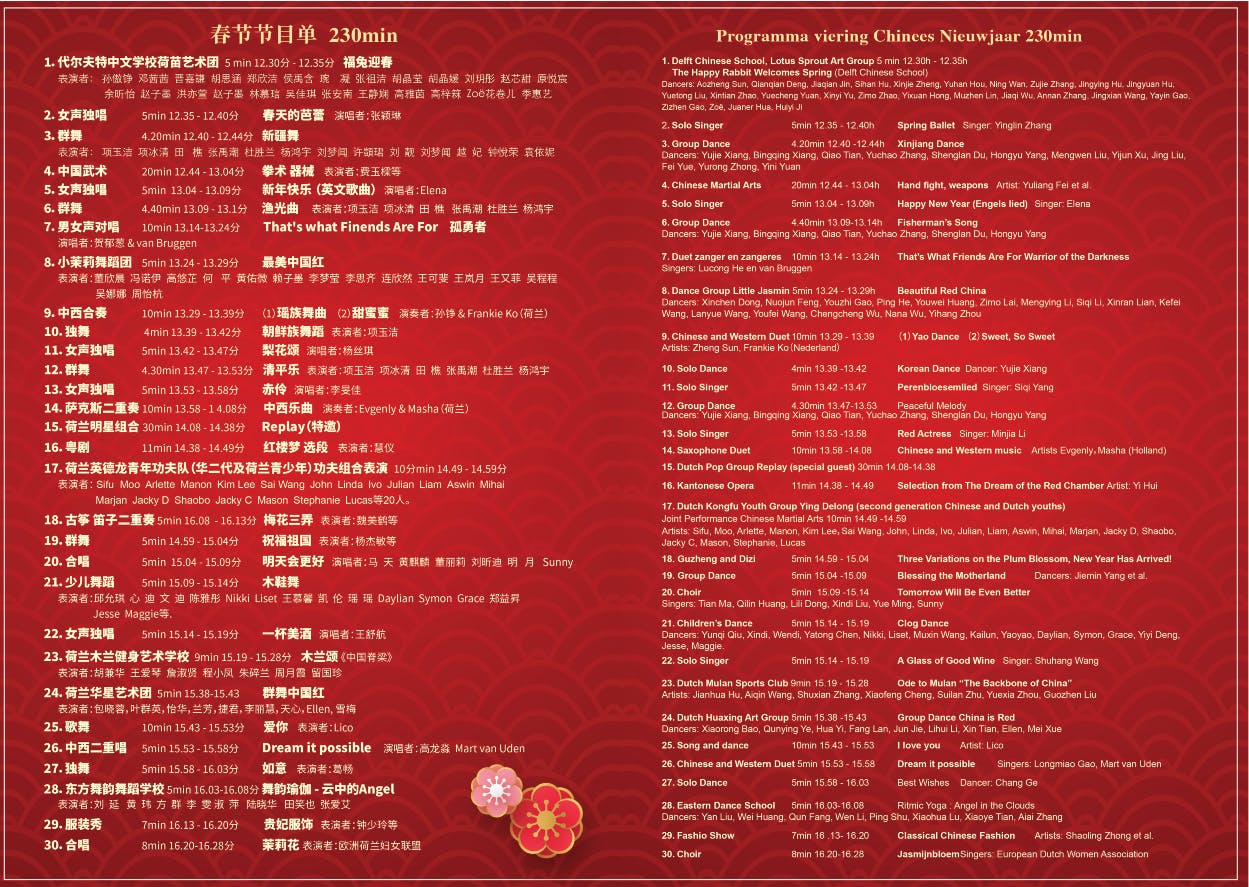 All activities are free of charge.

Pre-premiere Kung Fu Lion
Especially for the Chinese New Year Celebration, everyone can attend the pre-premiere of the film Kung Fu Leeuw in Pathe Buitenhof on Sunday, January 22, 2022. Kung Fu Lion is the heartwarming story of two boys who learn to dance in a Chinese lion. However, in order to move like a lion, they must first learn to work together. Dutch film producer Flinck Film has signed an agreement with China Film Group Corporation (CFGC), China’s largest film producer, to make Kung Fu Lion the first official Dutch co-production with China. The film will be released in the Netherlands in February and then in China. For more information, visit the website www.vnc-china.nl.