Cemetery Saint Barbara
An exhibition about the 100th anniversary of the Sint Barbara Cemetery in The Hague can be seen from 18 March to 16 April in the Atrium. The original Roman Catholic cemetery Saint Barbara is located on the east side of the Binckhorst, between The Hague and Voorburg. The cemetery was founded in 1920, and is exactly ninety years younger than cemetery Sint Petrus Banden, located in the Archipelbuurt, also governed by ‘Stichting R.K. Begraafplaatsen’.

Saint Barbara cemetery was designed and built by the Dutch architect Nicolaas Molenaar, a student of one of the most famous architects of the nineteenth century, P.J.H. Cuypers. Cuypers has acquired great fame with the construction of neo-Gothic churches (19th century construction movement) throughout the Netherlands.

The centrally located chapel, designed by the architectural firm Inbo, was built in 2002 and has won several awards. The ‘temporary’ building dated 1920 was replaced by a modern glass structure, bringing air and light to the services that were held during funerals.

In the early years, the cemetery was difficult to reach, due to poor infrastructure, which meant the journey was long and hard for visitors of St. Barbara. Things started to improve in the 1960s. The Binckhorstlaan, originally an unpaved country road, turned into a busy street, serving as the entrance to the city of The Hague.

For those who reach St. Barbaraweg, far from the madding crowd, they will enter a whole different world of peace and quiet. The cemetery serves as an oasis of serenity, in the midst of its industrial surroundings. 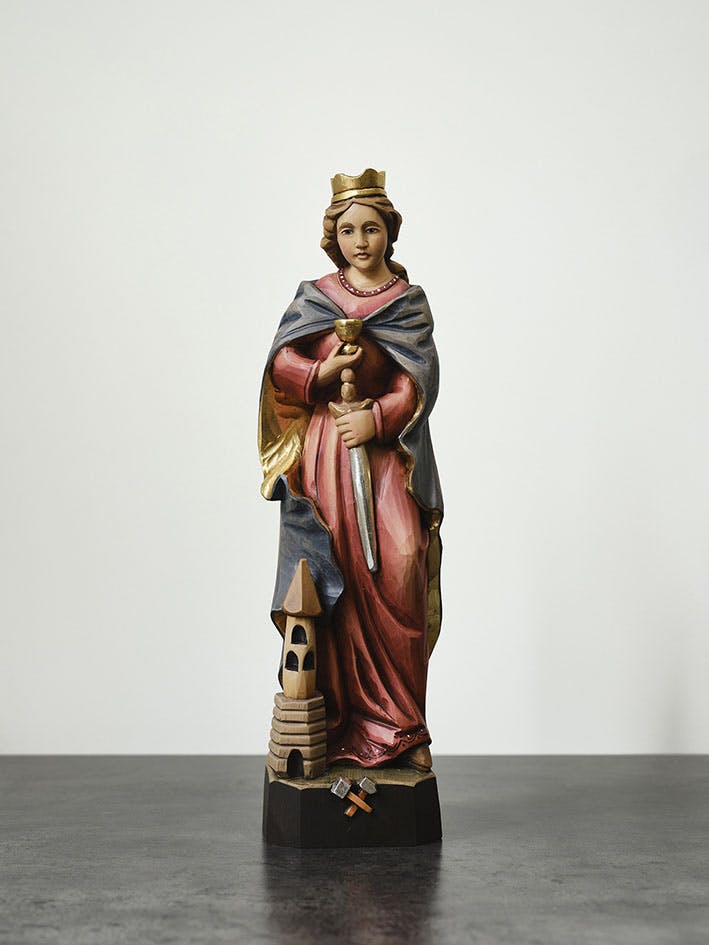 The Holy Barbara
Who was Saint Barbara? The life of Saint Barbara, who died around the year 306, is surrounded by many legends that tell a powerful story.

Barbara, the beautiful daughter of the wealthy pagan Dioscorus, had secretly become a Christian when her father was away. On his return he built a tower to lock her up while he was looking for a suitable husband. Barbara had three windows installed, referring to the Holy Trinity, the Father, the Son and the Holy Spirit. Dioscorus was furious because his daughter refused to marry a pagan. He dragged her to a mountain and beheaded her. The pun-ishment of God was soon upon him when he was fatally struck by lightning on the spot.

During the construction of the Victory Boogie Woogietunnel the statue of St. Barbara, shown in this photo, stayed in the tunnel the entire time. Saint Barbara is amongst others, the patron saint of tunnellers, miners and gravediggers. After the tunnel was completed the statue was given to Saint Barbara cemetery and she will be given a place of honor in the new crematorium.

It was not only important to create a unique design for the crematorium, the building also had to have distinctive and recognizable features. In the new development of the Binckhorst, the area around St. Barbara was designated as a green zone and the Municipal Council has requested that the cemetery will also be accessible as a park, as a quiet oasis, for visitors and future residents in the vicinity of the cemetery. The first pole was placed in November 2021.

For more information, go to www.paxrkb.nl. Cemetery Saint Barbara is located at the Kerkhoflaan 10 in The Hague. 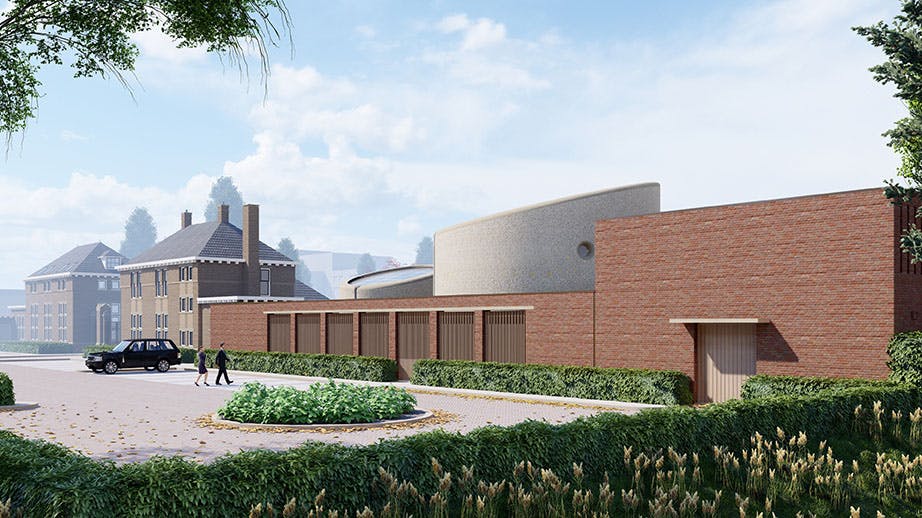