From August 2 until August 19, the Atrium of the City Hal in The Hague will briefly change into a colorful rainforest. 18 Artists of the Neo-Amazonian art style from Peru show their work. The style encompasses the realistic depiction of the rainforest and, on the other hand, the rich symbolism and cosmovision of the indigenous peoples. The exhibition is a non-profit project of Picaflores.org that benefits the Cerrado in Brazil, the lungs of our Earth. 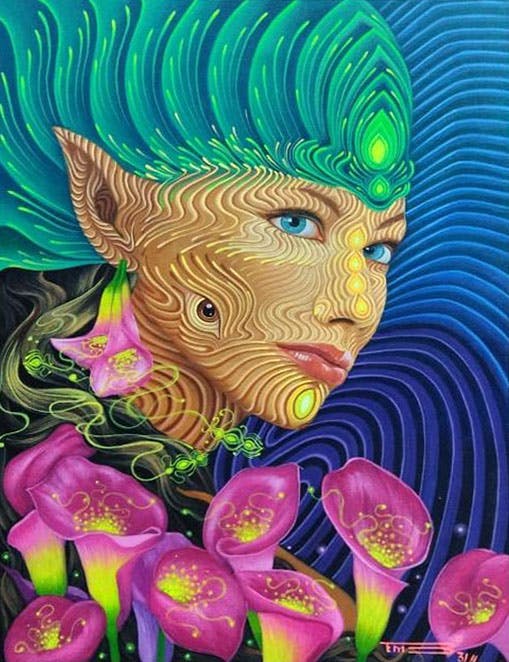 Neo-Amazonian style
The painters of the Neo-Amazonian style from Peru combine an exact representation of nature in the rainforest with the symbolism of the indiginous tribes. The peoples of the Amazon share a cosmovision of the Earth and the Universe, which is very rich in symbolism. The heavenly bodies, heavenly spheres, plants and animals of the Amazon, light beings and their traditional medicine man/woman play a role in this symbolism. In addition to this visionary art, the painters make realistic paintings of the rainforest: the founder of the style found it important that people could learn about the Amazon through the paintings. Works by 18 artists of the style are on display, including the school’s philanthropic founder, who passed away in 2009.

Picaflores.org
This exhibition is organized by Picaflores.org and the proceeds benefit the protection of the Cerrado in Brazil. The Cerrado is a 45 million year old ecosystem that has already been destroyed for more than 50% by intensive monoculture for export, mainly soy for animal feed. Three exhibitions in 2022 are devoted to raising awareness about, and protecting the Cerrado. There is a close collaboration Wervel, an organization in Belgium for sustainable agriculture in the world.

Since the beginning of 2019, 18 exhibitions have been organized in 4 countries. A Taschen guide about the Neo-Amazonian style of painting is also being written. 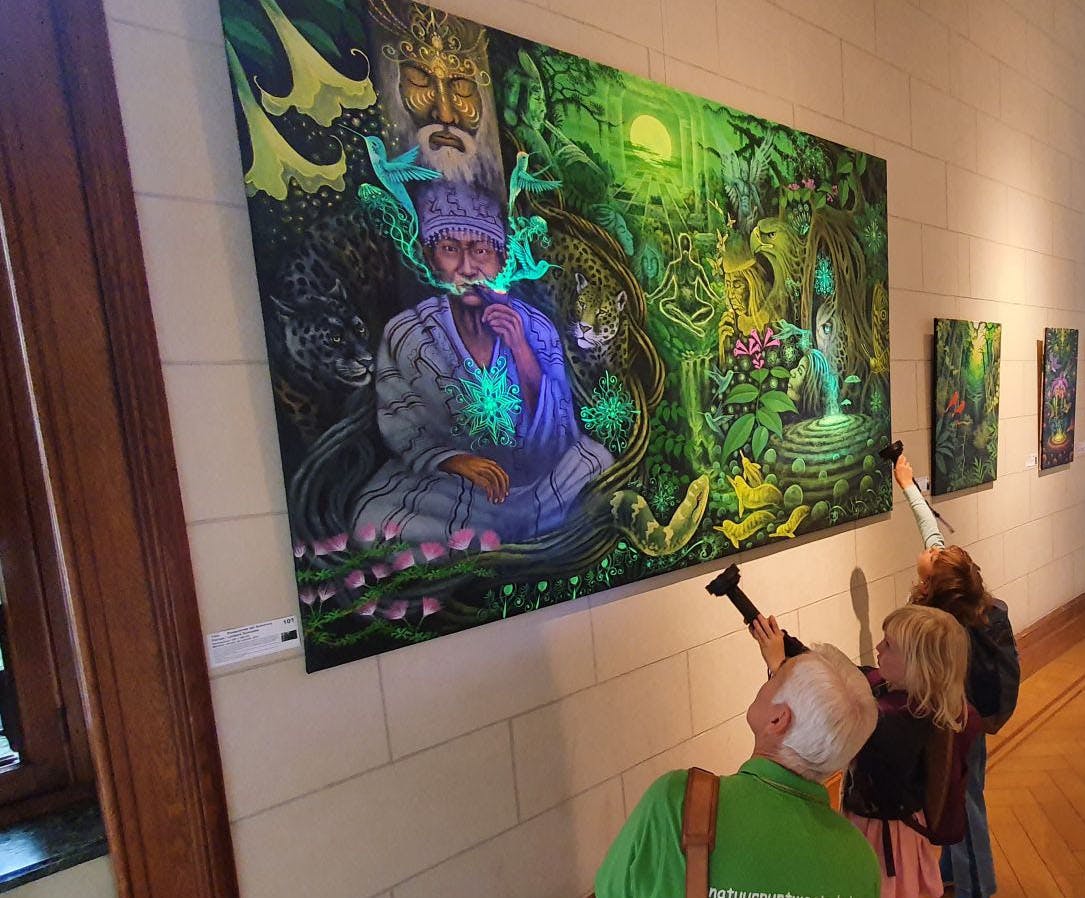 An appointment for guided tours with groups and classes are required. Please send an e-mail to the organizer of the exhibition JP Buijs from Picaflores, via jp_buijs@picaflores.org. And mention the date, time and with how many people you wish to come.

For more information, go to ww.tonkiry.org.