In this photo exhibition which can be seen from December 19, 2022 to January 9, 2023 in the Atrium of the City Hall in The Hague you will see work by eight talented photographers who got to know each other during their study Photographic Design in Rotterdam: Leonie, Ariana, Wieneke, Britt, Lotte, Monica, Karin and Sun.

In September 2021 they organized as a collective Catch21 their graduation exhibition in the Elleboogkerk in Amersfoort.. Although their projects left a surprising diversity in theme, style and working method due to the mutual connections and mutual interests, it turned out to be an intuitive but strong conceptual connectedness. After this very positively received exhibition, this is the second time that their work can be seen together. The photographers of Catch21 will show how they have developed further in the year after their graduation. This time on invitation from Atrium City Hall in the city where a large part of the collective lives or works and has already done so was exhibited by part of the group. Catch21 takes you on photographic discovery tour through human interest, documentary, research, mixed media and alternative techniques.

For more information about Catch21, go to their Facebook pagina. 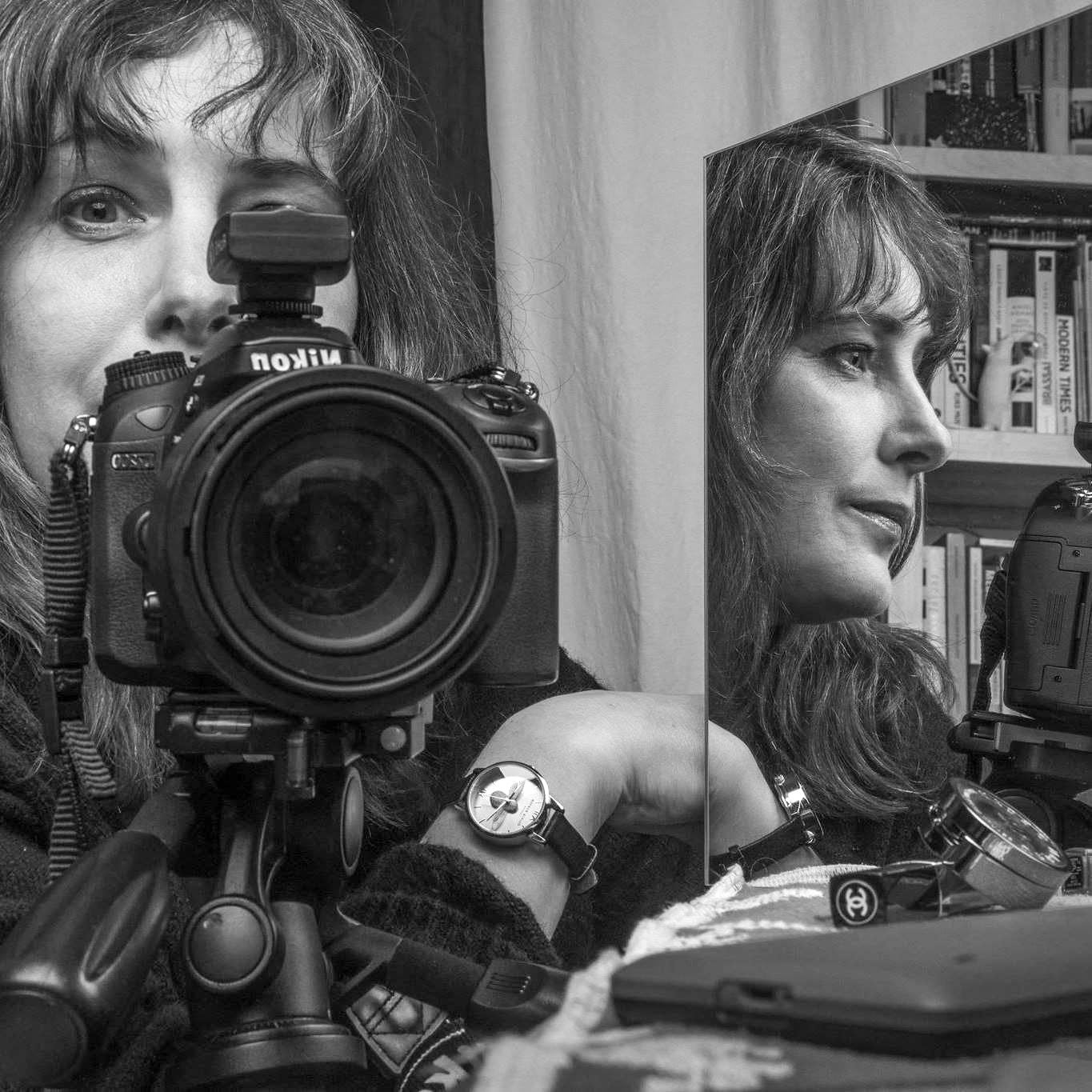 
As a photographer and artist she attempts to capture that what is no longer there, has not yet been or may not have been. Not the here and now, but the absent is translated into something visible. The starting point for her photographic and visual experiments is a sensitivity to the seemingly unnoted, the unwitnessed or deviant. The search for a visual and tangible translation urges her to create. I Miss is her research into photographic strategies to explore and imagine the impact of experiencing a miscarriage. How could she capture something that was not yet visible and has suddenly disappeared? How could she make something tangible that others have not seen or felt, but was and remains so clearly there?
With I Miss she hopes to tempt you to pause for a moment to think about this subject, that has not been discussed very openly. And that her photographic thoughts contribute to more attention, recognition and contemplation. In 2022 she started worked on a sequel to I Miss at the Photo Academy in Amsterdam and here she shows you the first step.
www.leoniegossens.com 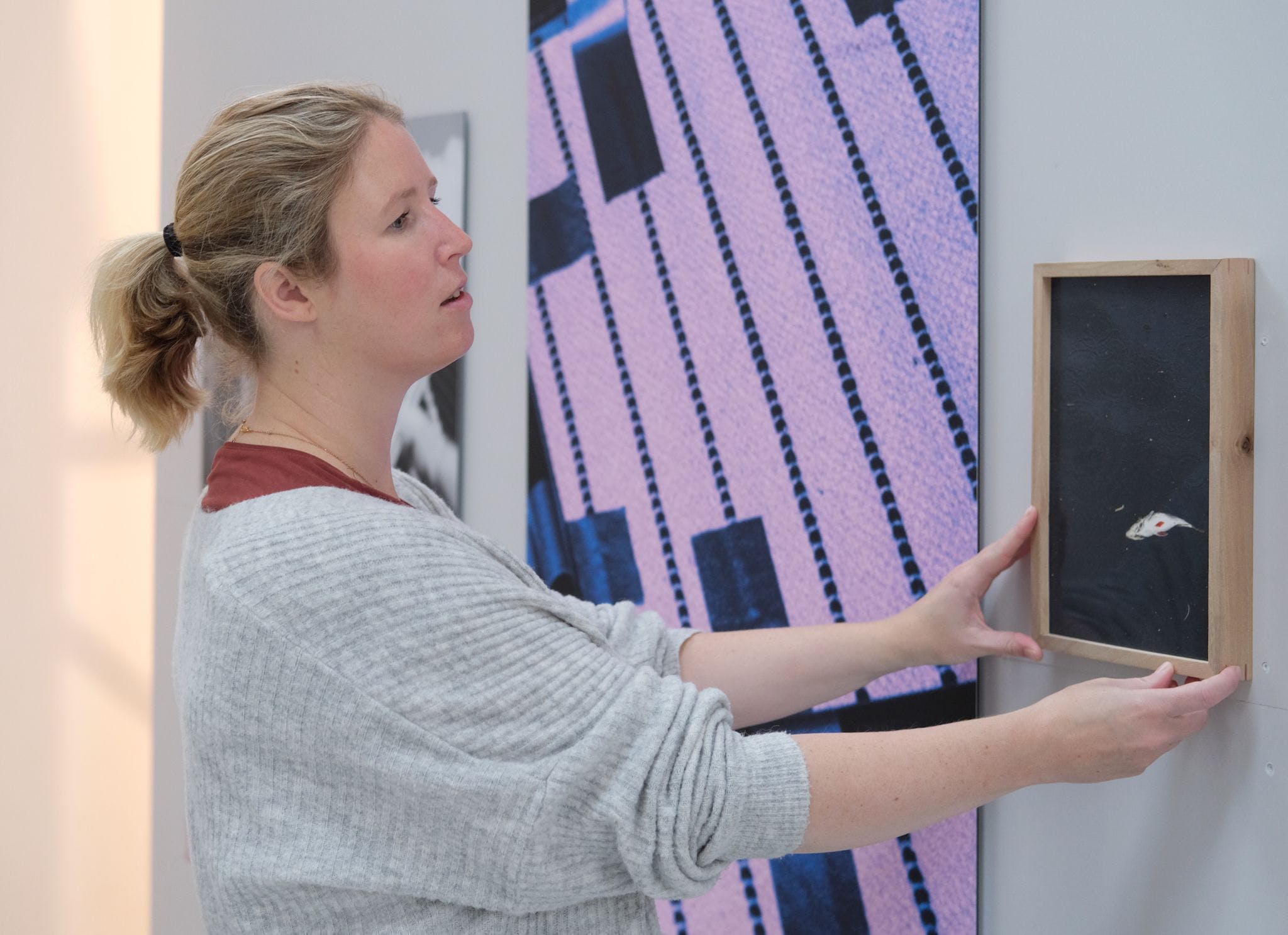 Ariana Eland
Your perception of me is a reflection of you
With the question “what do you see’ Ariana wants to introduce people into her world and invite them to look for themselves. The themes of identity, individuality, connection with others and her environment are central to her work. She is always looking for the answer to the question: ‘Who am I, and what is my place in this world?’ Ariana’s work is aesthetic, enigmatic and has a strong interplay between form and content. What emerges is an eclectic visual story full of shapes, objects, people and situations. Do you dare to stand still and make the invisible visible? Its not about what you see, it’s about what you want to see.
www.arianaeland.nl 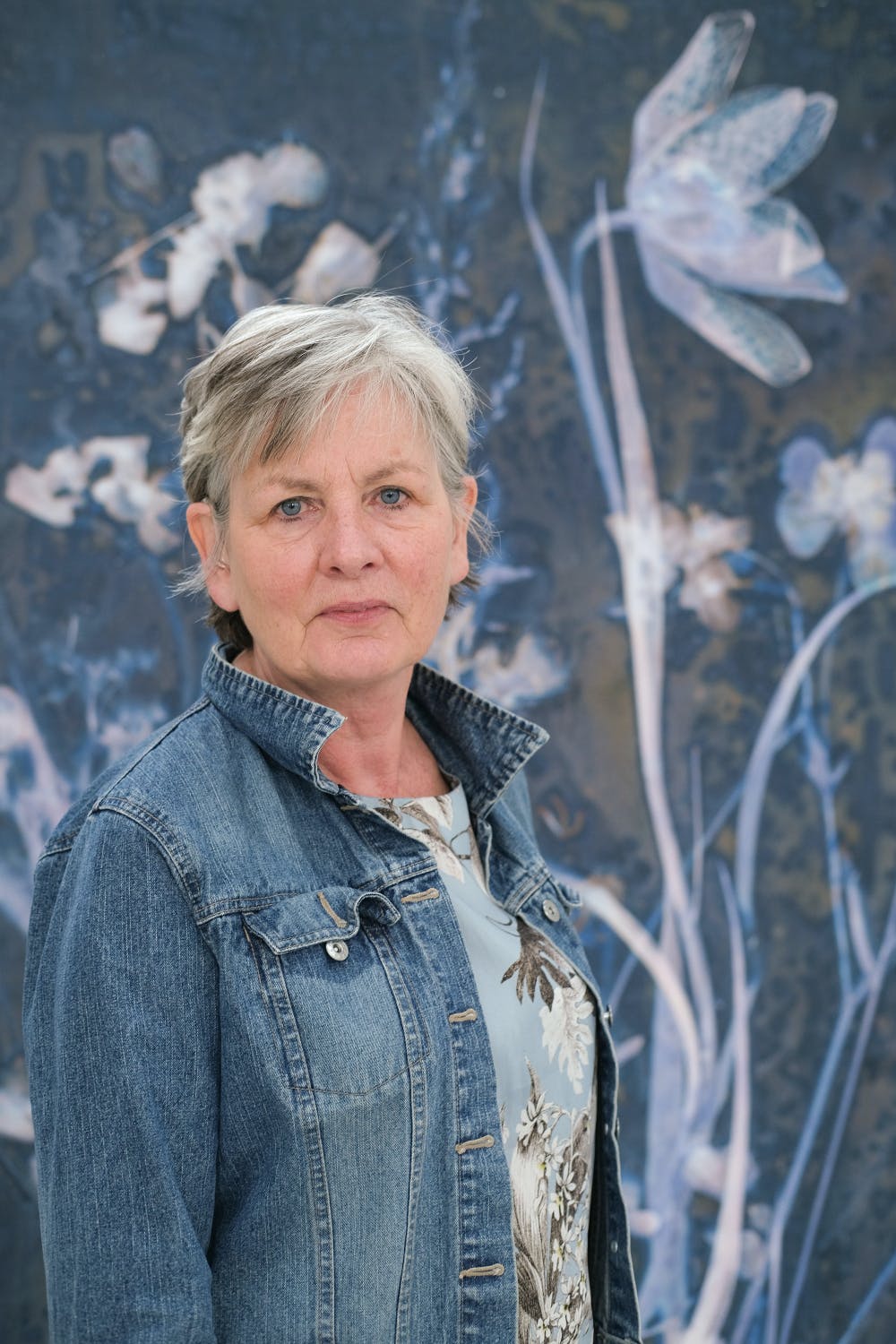 Wieneke de Leeuw
Bloemstillevens in chemigrammen
Ever since her childhood in Twente, Wieneke has longed to see the Snakes’s head flower (Fritillaria maleagris). At the beginning of 2021, Wieneke started this long-term project, in which she is researching this special flower bulb. She collected stories from residents, administrators and historians, and studied the symbolism of this flower and its background. For this photo series “Flower still lifes in chemigrams” Wieneke has researched the flower still lifes from the 16th and 17th centuries and the ecological environment in which the Snake’s head flower occurs. The photographic design in chemigrams is a time-consuming and intensive process with sunlight on analog paper using, among other things, flowers from the vicinity of the Fritillaria maleagris. The structures refer to the stains on the pages of the old Herbaria and the original colors give it a warm authentic atmosphere. This is exactly the look Wieneke was looking for for these photos. In the Netherlands, 90% of these rare flower bulbs bloom in the spring in the IJsseldelta near Zwolle. Wieneke thinks it is important to preserve history, so that this flower continues to be appreciated and seen. In 2023, Wieneke hopes to complete her project with a book designed by the Hague designer Sybren Kuiper.
www.wienekedeleeuw.nl 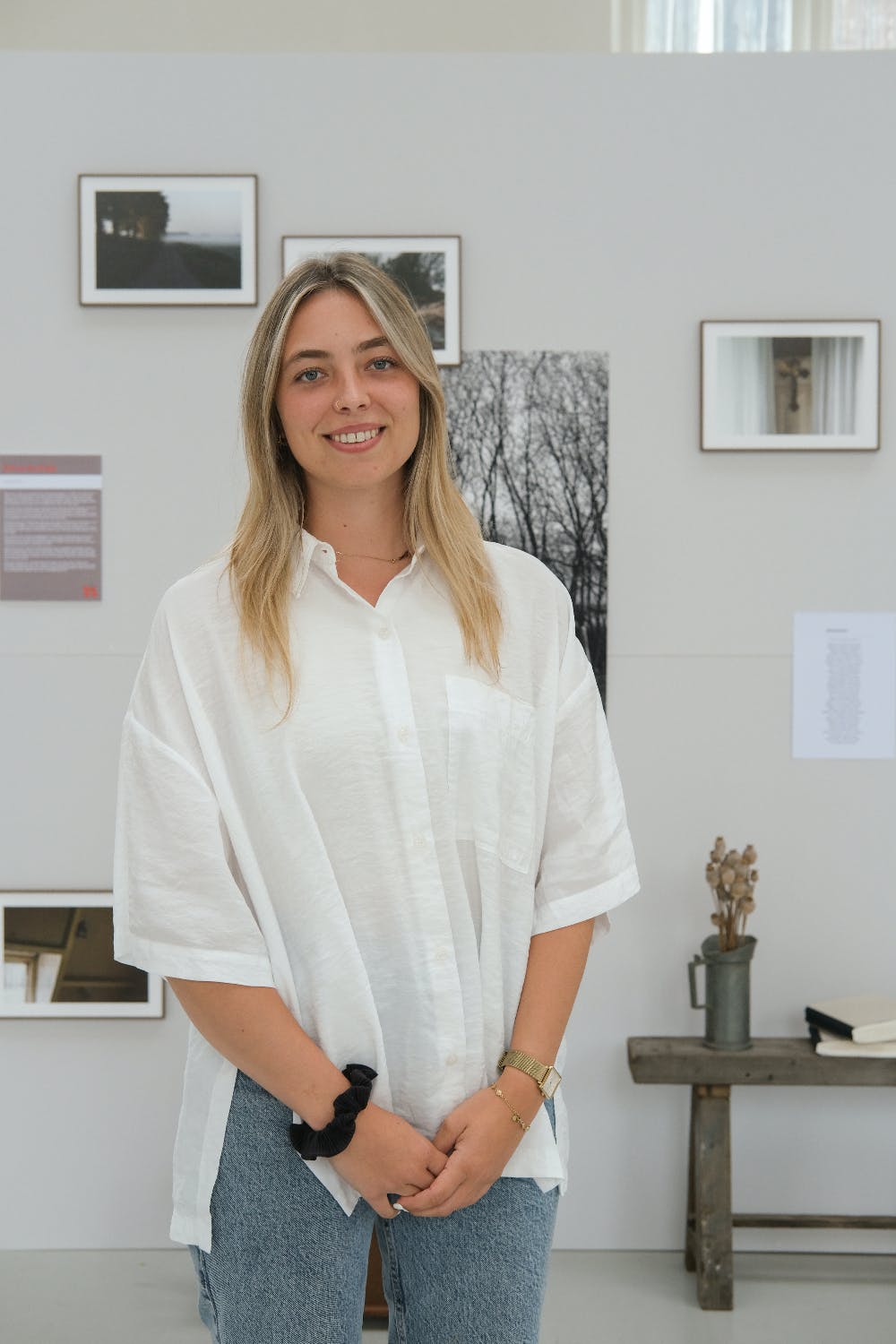 Britt van den Broeke
Nèrgens
Britt photographs in the direction of documentary style and has a fascination for simplicity. The work she makes is mainly focused on West Zeeuws-Vlaanderen, the place where she grew up and which is close to her heart. Her images have an atmosphere of stillness, peace and sincerity. In her series ‘Nèrgens’ she visually captures the feeling of homesickness about the pure simplicity of her region. Images that can still be seen sporadically can be captured for the future.
www.brittvandenbroeke.com 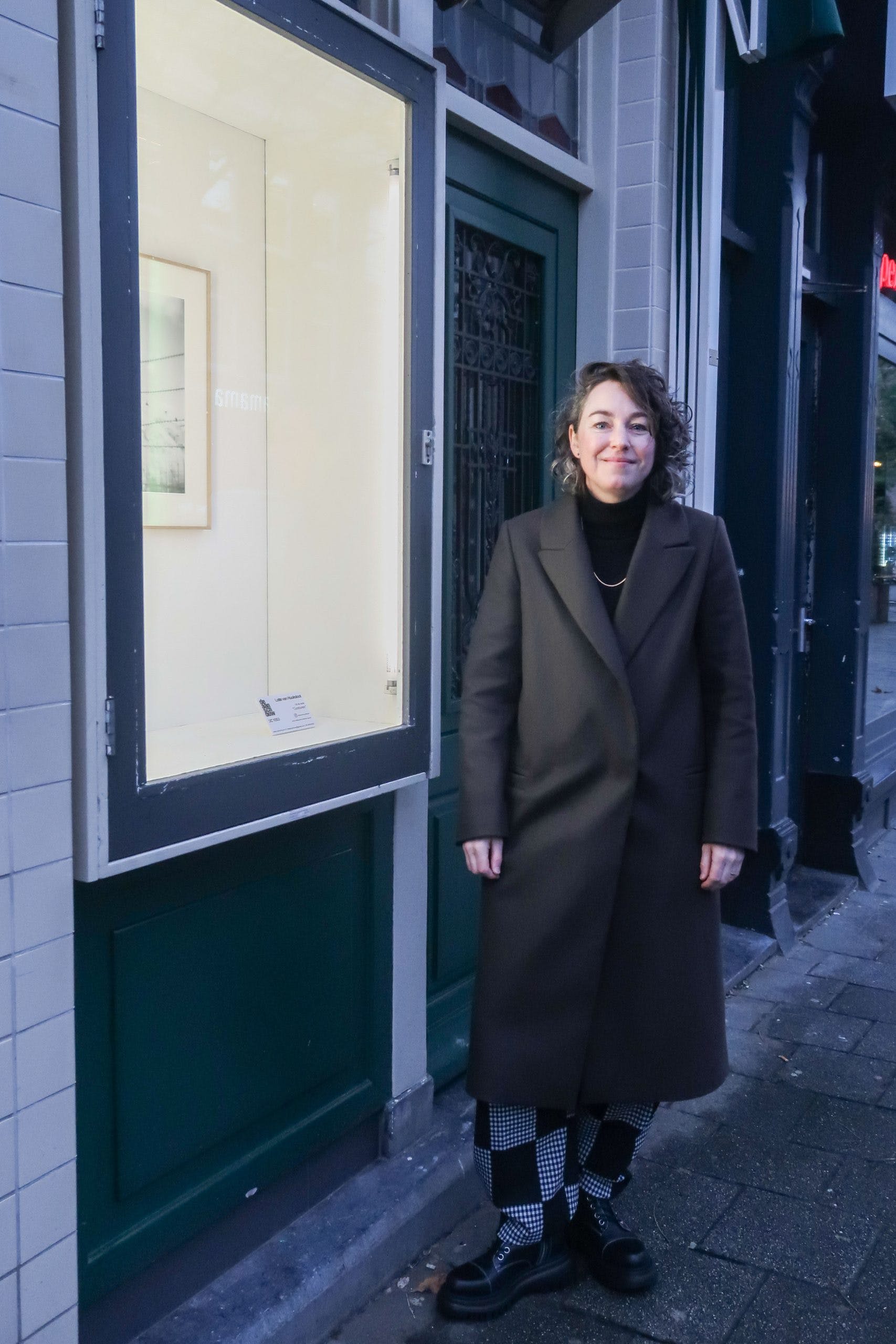 Lotte van Huuksloot
Contouren
Lotte van Huuksloot (1979) graduated in 2021 from the Dutch Academy of Image Creation (The Netherlands,Rotterdam) in Photographic design. With a good eye for the visual poetry of the everyday, she translates her own experiences and emotions into images that move and make
you reflect on things. The series “Contours” is Lotte’s graduation project and arose during the Lockdown. Due to the pandemic and the measures taken, she was limited in her freedom of movement. She was stuck in a densely populated urban area with no nature in the immediate surroundings. Almost every day she went for a walk within a radius of two kilometers from her home to take pictures. By instinctively and intuitively looking for images that touched her, she managed to visualize the complexity of her emotions. This caused a delay and acted as an outlet that allowed her to stay in balance. The limitation slowly became a voyage of discovery full of moments of wonder.
www.lottevanhuuksloot.space 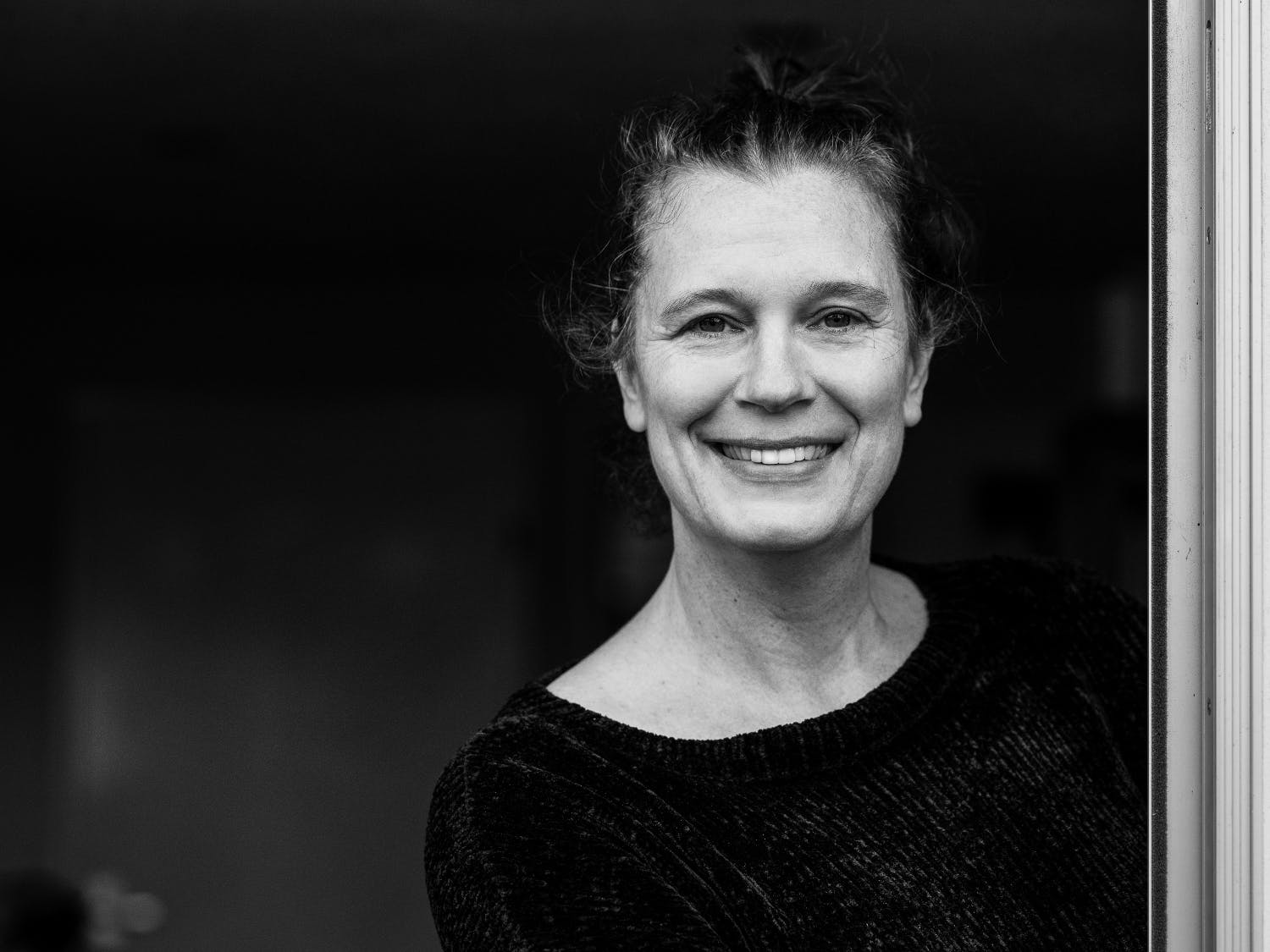 Monica Stuurop
Misofonie
For this project, Monica immersed herself in the phenomenon of ‘Misophonia’, which means ‘hatred for sound’. Especially eating, taste and repetitive sounds. Unknown to many, unspoken or in the taboo sphere. With this documentary series she wants to create awareness for this not so well-known neurological disorder. The project “Misophonia” is an ongoing project that is being further expanded. Monica Stuurop, 1970 graduated in 2021 from the Dutch visual academy in Rotterdam, Photograpic Design. She is currently working on the deepening and expansion of this photographic documentary project.
www.monicastuurop.com 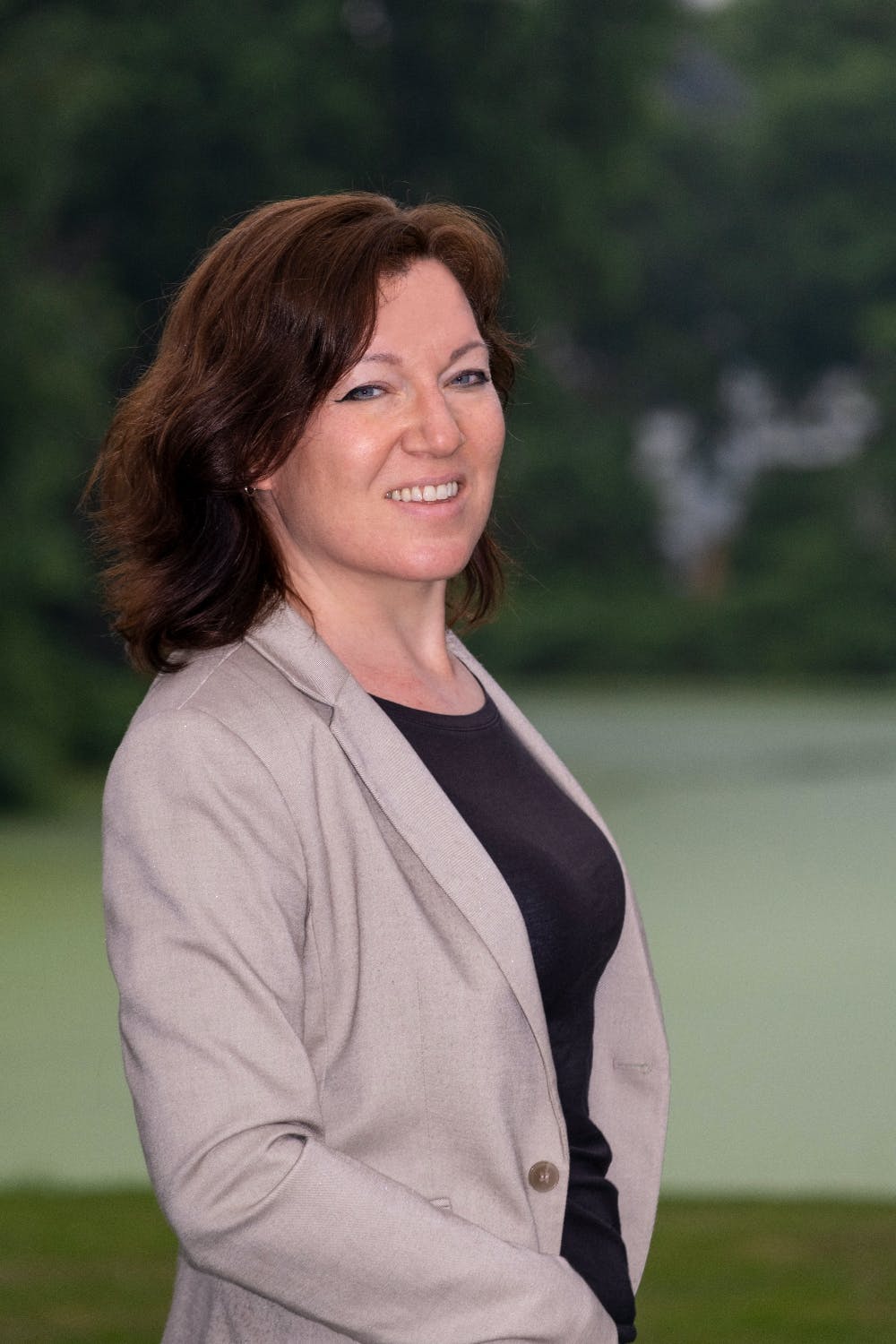 Karin van Bijlevelt
Leftovers
By telling personal stories that are close to herself, and visually converting this into images, Karin knows how to touch or connect people. Her work has a soft poetic analogue atmosphere, the images are fused together into a unity. With her project ‘Leftovers’, Karin tells the story of her father, who was abandoned as a baby by his mother, under duress from her family, to an orphanage in The Hague in 1942. She searched for the feeling of giving up and holding on, trauma, the sadness and being left alone. Karin van Bijlevelt graduated from the Dutch Academy for Image Creation Rotterdam (Photographic Design) in 2021.
www.karinvanbijleveltfotografie.nl 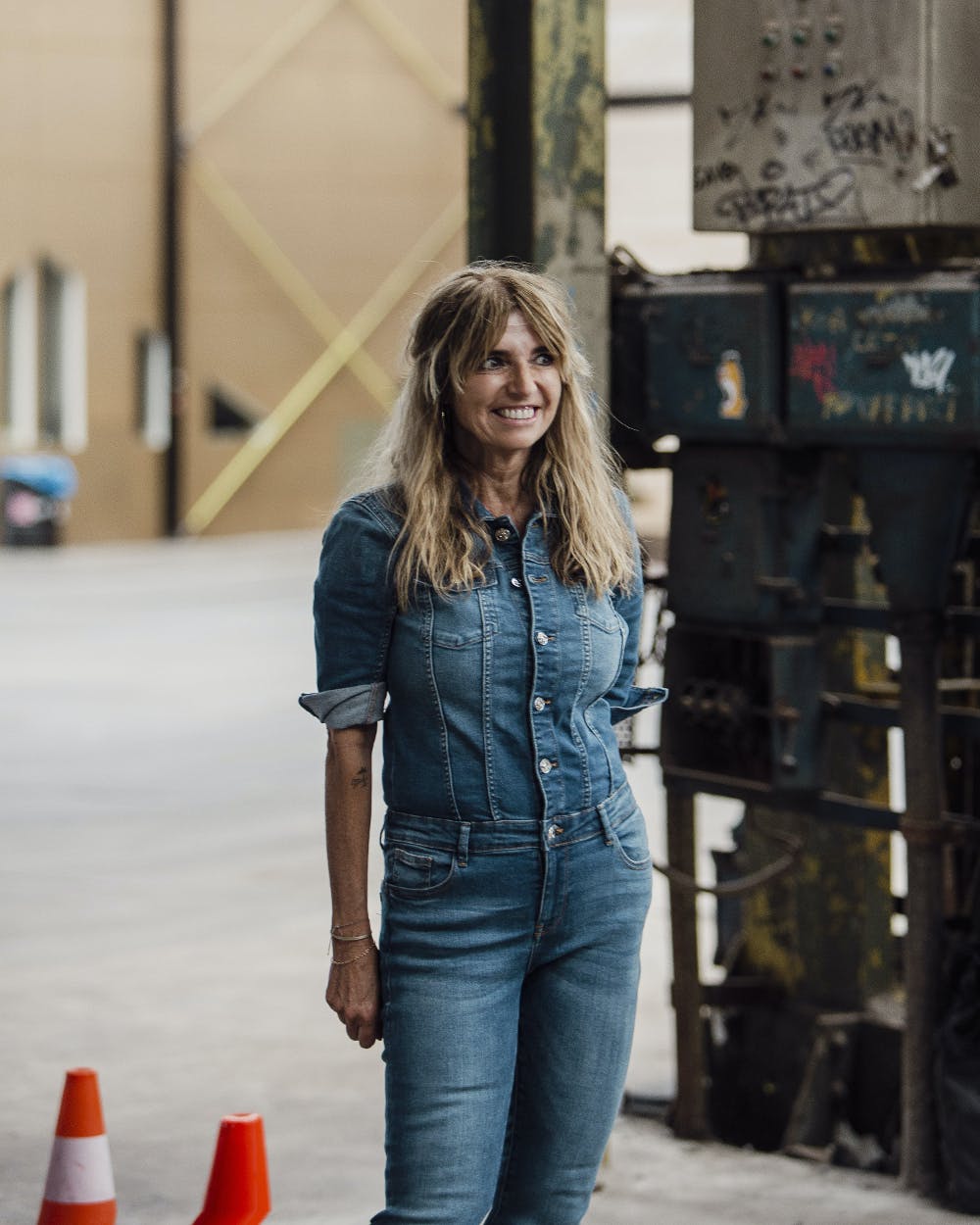 Sun van Nieuwburg
The Nightfly
As a child, Sun always walked around her neck with a camera. With her ADHD she could say with images what did not come out well with words, in this way she was better understood. She still always has a camera with her to capture the pure moment. “My images often arise in the night, they are about femininity, emotions and freedom. I work digitally, analoguely and with polaroids. To give some photos more layering, I edit them with various materials. As traditionally, the night is associated with the feminine – the moon is the queen of the night for a reason. At night there is room for emotions and magic.  Often I wake up in the middle of the night and can no longer sleep. Then I go astray. It is dark, no one sees me, in the anonymity of the dark feelings are given free rein. Fear, anger, sadness, feelings of freedom, desire, exuberance and sensuality flow by. The night is confronting and liberating at the same time. The night is my girlfriend, it brings me closer to myself, comforts me and challenges me.  Sun graduated from the Fotoacademie Amsterdam.
www.sunousan.com