Valentine’s Concert Out of Passion in the Atrium

A lot of music is about Love, from classical music to pop, from ballad to tear jerker. Bring your loved one on Saturday afternoon February the 11th or find your new Valentine in the Atrium of the City Hall in The Hague. Shuffle, swing or swoon along at this passionate free Valentine’s concert in the middle of the Lapwing Flowers Linda Nieuwstad.

Theater Fanfare Kunst voor het Volk (Art for the People) will perform the free Valentine’s Concert Out of Passion on Saturday February the 11th from 15:30 hours to 16:30 hours in the Atrium of the City Hall in The Hague. Together with The Rhythm Allstars Brassband they will bring love through their musical performance. Your hostess this afternoon is Coba, she will welcome you in her typical own way. Visitors could reserve their own standing table in the Atrium. Alle tables are booked, but there is still enough space available to enjoy this lovely concert in the Atrium! 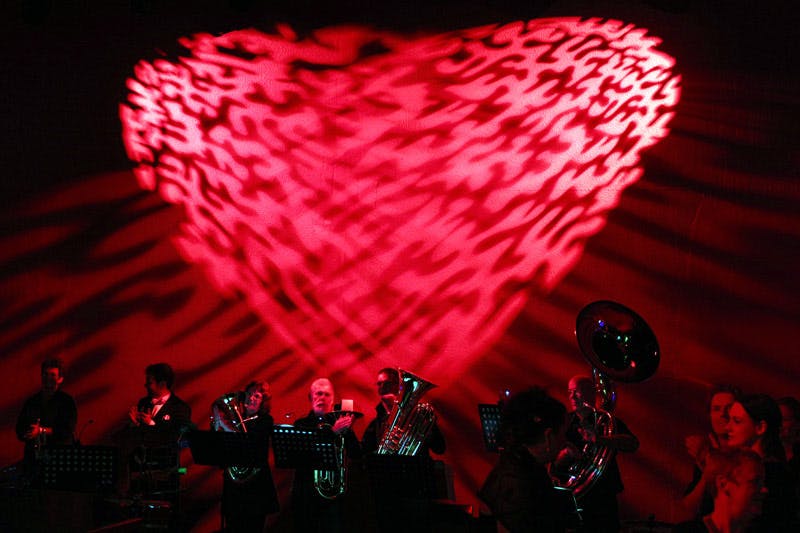 Theater fanfare Art for the People
Theater fanfare Kunst voor het Volk (Art for the People) existed for no less than 100 years in 2022. They toured their city of The Hague with their jubilee concert Hartstocht and ended with Hartstocht in the Atrium The Hague. In addition to this concert, they will be followed in 2022 by city photographer Giedo van der Zwan at all their performances. His photos were shown in November 2022 in the Atrium of the City Hall in The Hague in the Photo Exhibition Out of Passion.

Kunst voor het Volk is a marching band, but not just one. It is the first theater fanfare in the Netherlands. This fun and enthusiastic orchestra in The Hague gives concerts that are more than just concerts: we make surprising music theater for a wide audience. Our concerts are performances for all the senses! The orchestra is led by conductor Sarif Tribou. For this Valentine’s Concert Ramon ’t Hart is the conductor.

Musicians
About 25 musicians play at Kunst voor het Volk. About half were born and raised in the region of The Hague, the rest moved to The Hague for work or study. Our members come from all over the country – from the Wadden Islands to Limburg – and sometimes also from abroad.

Especially for the Hartstocht Valentine’s Concert, the orchestra pulls out all the stops one last time to conquer the hearts of the audience together with The Rhythm Allstars Brassband and Coba from The Hague.
www.kunstvoorhetvolk.nl 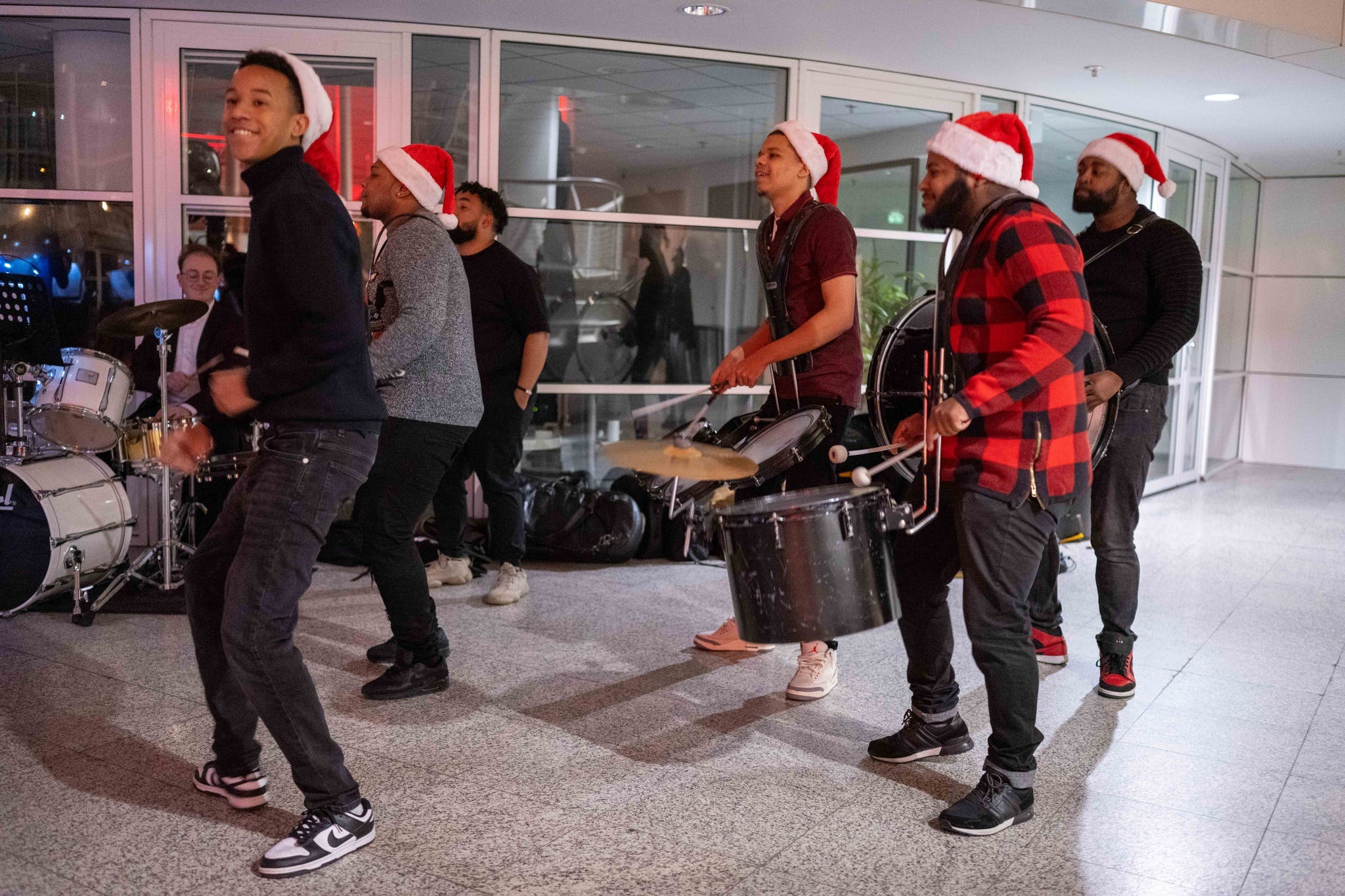 The Rhythm Allstars Brass Band
The Rhythm Allstars is a Caribbean brass band consisting of 12 young, enthusiastic musicians, supplemented with wind players from the conservatory. They call themselves the most atmospheric brass band in the Netherlands.
Pavailly Zuniga Chaux founded The Rhythm Allstars Brass Band in 2007. Thanks to the YFC Den Haag foundation, the brass band immediately became a great success. With a dazzling performance in the Hague theater show by Dogtroep Loket25 in the Atrium The Hague, the boys played themselves into the spotlight. Followed by its own theater show in 2009 Un Dia Tabata, Pukkelpop Festival, Solar Festival, Meesterplusser Festival, Latin Village and many other major performances in and outside the Netherlands, the band continued to grow. For example, they have been on various parades in France and Belgium for years. Supplemented with exotic dancers, they always know how to turn things upside down. 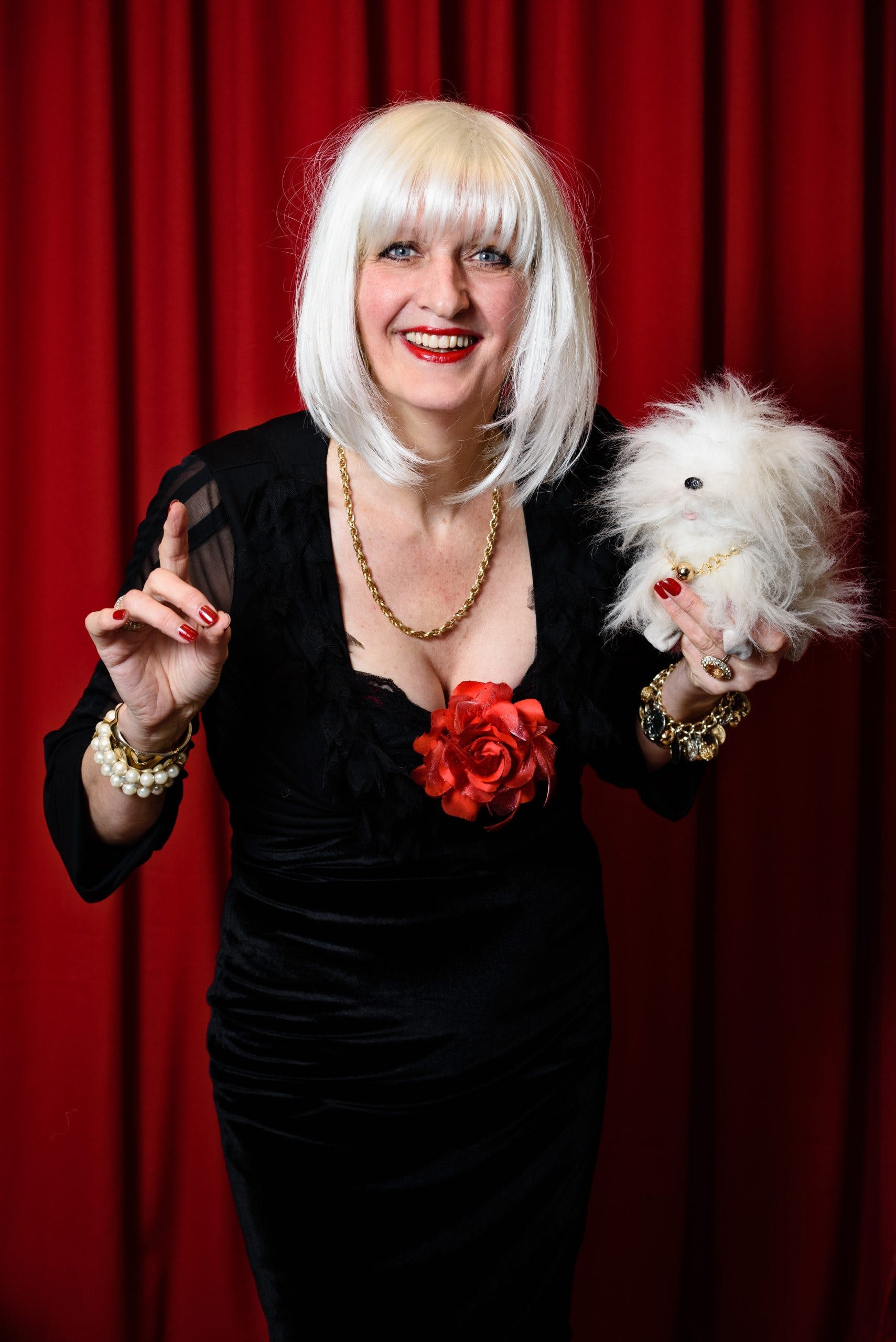 Coba from The Hague
Hostess this afternoon is Coba from The Hague. A hot-blooded blonde who values ​​love. In fact, Coba loves everyone and believes like no other that the world can be saved if we are just a little sweet and kind to each other. As a café manager she liked to sing a tune behind the bar, but ten years ago she traded her bar for the stage. Now she stands her ground as a singer and presenter at many parties for young and old. Her only goal is to make the audience go home happy and happy. Coba’s motto: Life in all its beauty and misery only lasts a short time, so you better make something beautiful out of it together! Long live love!
Facebook Hague Coba